Short excerpts of the history of Berrigan.
Further information can be found at ourwonderful

More details about the museum can be found on their Facebook page: https://www.facebook.com/BerriganHeritageMuseum 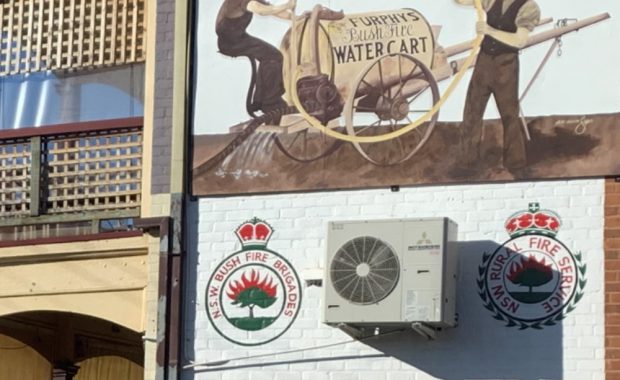 Did you know that the Rural Fire Service was originally formed in Berrigan? According to the Berrigan Advocate newspaper, the brigade was formally recorded in November 1900 at a meeting at the Royal Hotel. This is the first official record of a formal bush fire brigade in NSW. During the 19th century, coordinated firefighting was […]

The Lalalty School was officially opened in 1884, although a provisional school was in effect from September 1883 with Patience Leitch the first teacher. The original building and facilities were provided by parents of the children. The school has had many incarnations over its life depending on the amount of children of school age registered […]

The Nangunia South School was established in April 1899 as a provisional school made of logs, joined together by mud. The school was located opposite the Lalalty Hotel near the Lalalty Post Office where the Berrigan Channel bridge, known as Sherwin’s Bridge is now located. The Education Department built a proper school there in 1908 […]

Berrigan township did not have a reliable water supply and in the early days had tremendous problems with water provision. The town relied on surface water or underground aquifers, however these had limited scope and in extreme dry times other methods had to be sought. During periods of the great drought of 1902 water was […]

The first Post Office in Berrigan was a receiving office opened in May 1884. A once weekly mail service was provided between Corowa and Murray Hut at this time. The school teacher Miss Ruddock was the first appointed postmistress as the mail arrived at 4pm and her school duties were finished for the day by […]

The first Berrigan show was held on March 31, 1891, with attendance being positive despite inclement weather and state of the roads. This first show was held in the Hall and adjacent grounds and the popularity of the show encouraged local residents to continue the tradition annually. A few more were held in the Hall, […]

Back over a century ago there was a township between Barooga and Berrigan which was aptly named Lalalty. It was located to the north of the Drop, just south of the Berrigan Channel crossing on the Cobram-Berrigan Road. There are still a few bricks at the site to show that there was once a building […]

In January 1907, following the election of the first Council in November of the year previous, moves were begun to construct Council Chambers. Plans were put in motion for the construction of what was then considered a commodious building to fully cover the needs of the Shire staff. The building however was somewhat delayed owing […]

The Golf Club at Berrigan was first established in 1905. It was originally a nine hole sand green course on what was farmland to the northeast of the township, north of the old saleyards in Corcoran Street and south of the railway line. In 1920 the Berrigan Golf Links Co Ltd was formed by a […]

Shortly after proclamation of Berrigan as a village, Paddy Gleeson, an exuberant character to say the least, built the original Federal Hotel. He was also the licencee of the Nangunia Hotel south of Berrigan at one stage. This first hotel was a wooden structure with a wide veranda at the front, as was the style […] 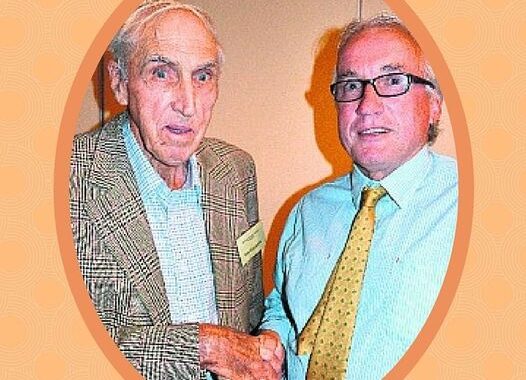 Born 30th September 1928, Mr Fuzzard was renowned as a local historian, and published a book “Berrigan, Today and Yesterday” in 1965, which has been a primary source of information for our history section. Mr Fuzzard was always amiable to answering questions about historical facts when required. Mr Fuzzard was a very active community member […] 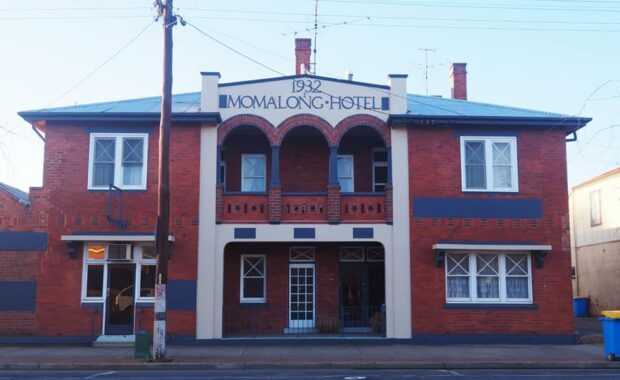 The original Momalong Hotel was built in 1893 by Mr Curtis Drummond with the first licensee Mr John Rees. The destruction of the Momalong Hotel in the early thirties by fire was sensational and spectacular. However, it also carried with it tragedy as an exploding gas cylinder casting fragments in all directions saw a portion […] 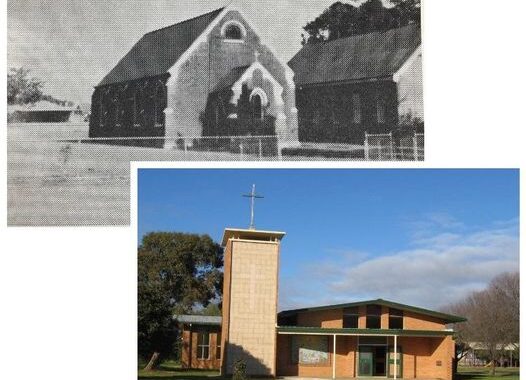 In the early pioneering days the adherents to the Roman Catholic Church assembled in private homes for the celebration of Mass, first by a travelling priest from Albury, and later by one from Corowa. The first record of Mass being spoken in the School of Arts was in June 1892, with the Rev Father Fogarty […] 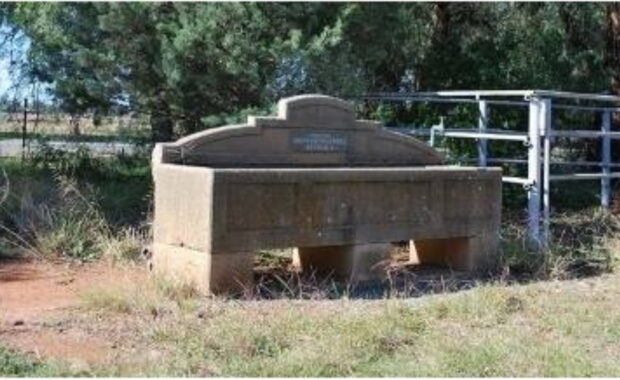 George Bills and his wife Annis made their fortune in manufacturing wire products such as bird cages, door mats and innerspring mattresses, but it is their legacy; hundreds of water troughs for horses and other animals all over Australia, that they will be remembered for. Mr and Mrs Bills were childless but great lovers of […] 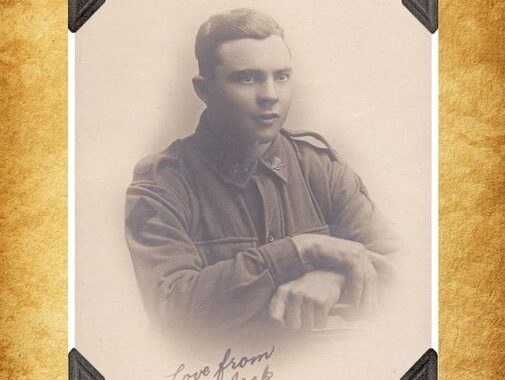 As told by his son Jim Rockliff Vernon Jack Rockliff, or Jack, as he was better known, can only be described as one of the bravest of the brave due to his heroic war efforts. To this day, I am still so proud of him. My Dad enlisted to the Australian Imperial Force on 14 […] 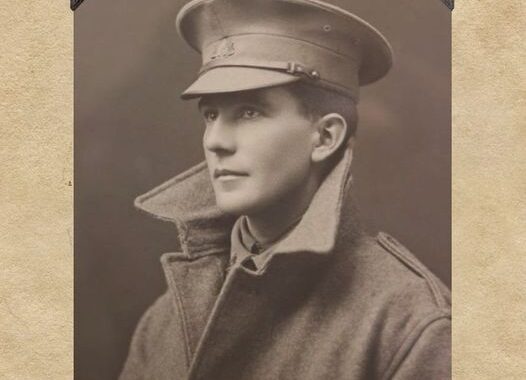 John Ferguson Arnold, or ‘Jack’ as he was better known – as told by his son Graeme Arnold. I can still remember when Dad would have those horrible nightmares. It was these nightmares that would haunt my father for the rest of his days following World War I. Dad enlisted to the Australian Imperial Force […] 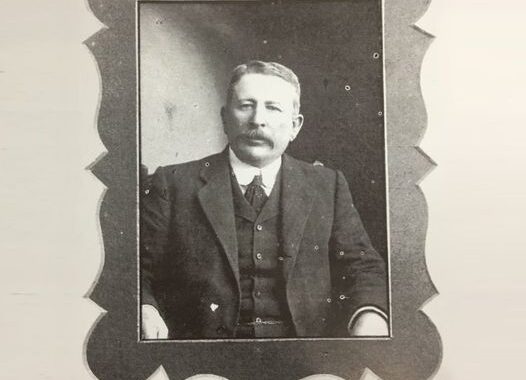 Emmanuel James Gorman, most often referred to as EJ Gorman, arrived in Berrigan in 1888 as a stock and station agent. Within two years he had purchased a farm of his own, some 2,800 acres on Woodstock. In the mid-nineties he availed himself of a world trip which must have had a vast effect on […] 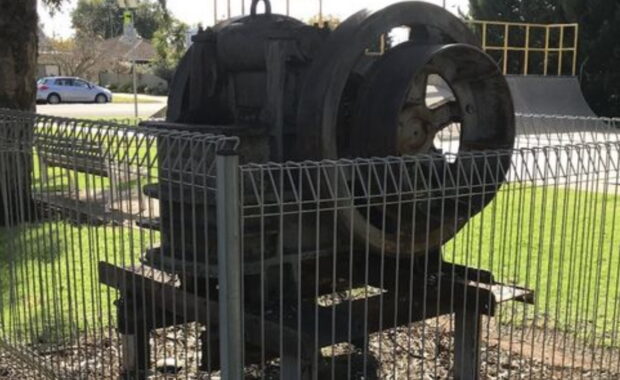 he Berrigan Shire Council was fortunate to receive a visit from Bill Hill who was concerned about the future of the rock crusher in Hayes Park with the current remodeling plans. Bill shared his story with Council as noted below… Bill spent most of his childhood and early adulthood in Berrigan and told of the […] 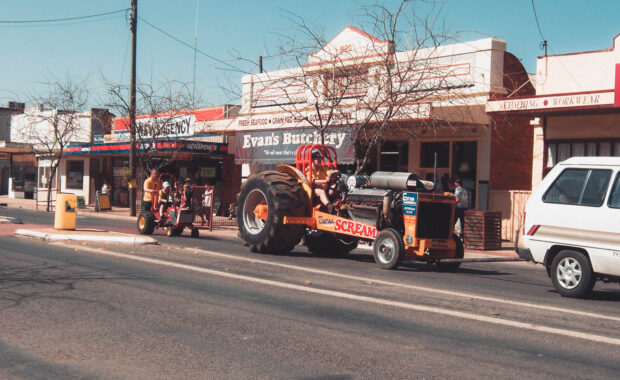 This year marks 20 years since the very first Golden Canola Festival, once held in early to mid-September. Although it’s been been several years since the final street parade, it’s hard to forget this once-popular event with all the stunning canola around us during September! Last year we shared a flashback to the very first […] 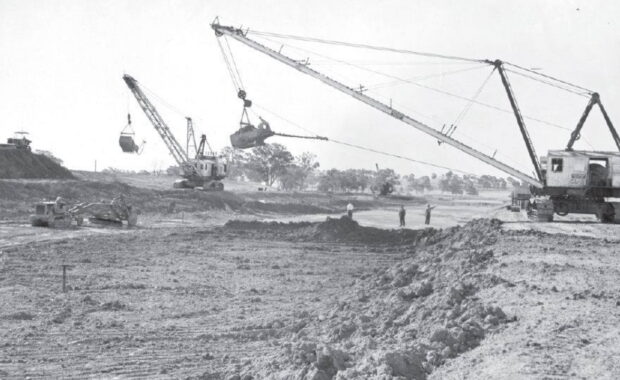 Located only 15kms to the south, between Berrigan and Barooga is ‘The Drop’, Australia’s first hydroelectric power station on an irrigation canal, the Mulwala Canal. The power station had a generating capacity of 2.5 MW of electricity which is enough to power 1,600 homes daily with clean renewable energy.  The Mulwala Canal is the largest […]