Darren Colston to star at the Festival of Music on Chanter

Darren has several awards to his name including the Tamworth Independent Artists Male Vocalist of the Year. He has also penned and performed several charting singles including the top 5 hit duet with Victoria Baillie, “Will You Stay” and the Golden Guitar nominated song “The Boundary Rider”. His most recent award was in January 2020 where, at the Tamworth Festival, he was awarded the Radio 2RRR Contemporary Male Country Artist of the Year.

Darren is a truly exceptional vocalist and fine guitarist whose songs “reflect love and life in Australia”. After navigating some hurdles which made him take some time out, Darren has found his voice again and he has sharpened his pencil, returning with his new song, “I Saw You Smile Today”.

The NSW State Government has provided funding for a great evening of music via the Festival of Place – Summer Fund and local entertainer Ray Macartney has enlisted some great talent to play live for us, including Darren Colston. The best part is they will be hanging around between gigs to chat, providing insights on learning an instrument, singing, song writing, recording & promotion. 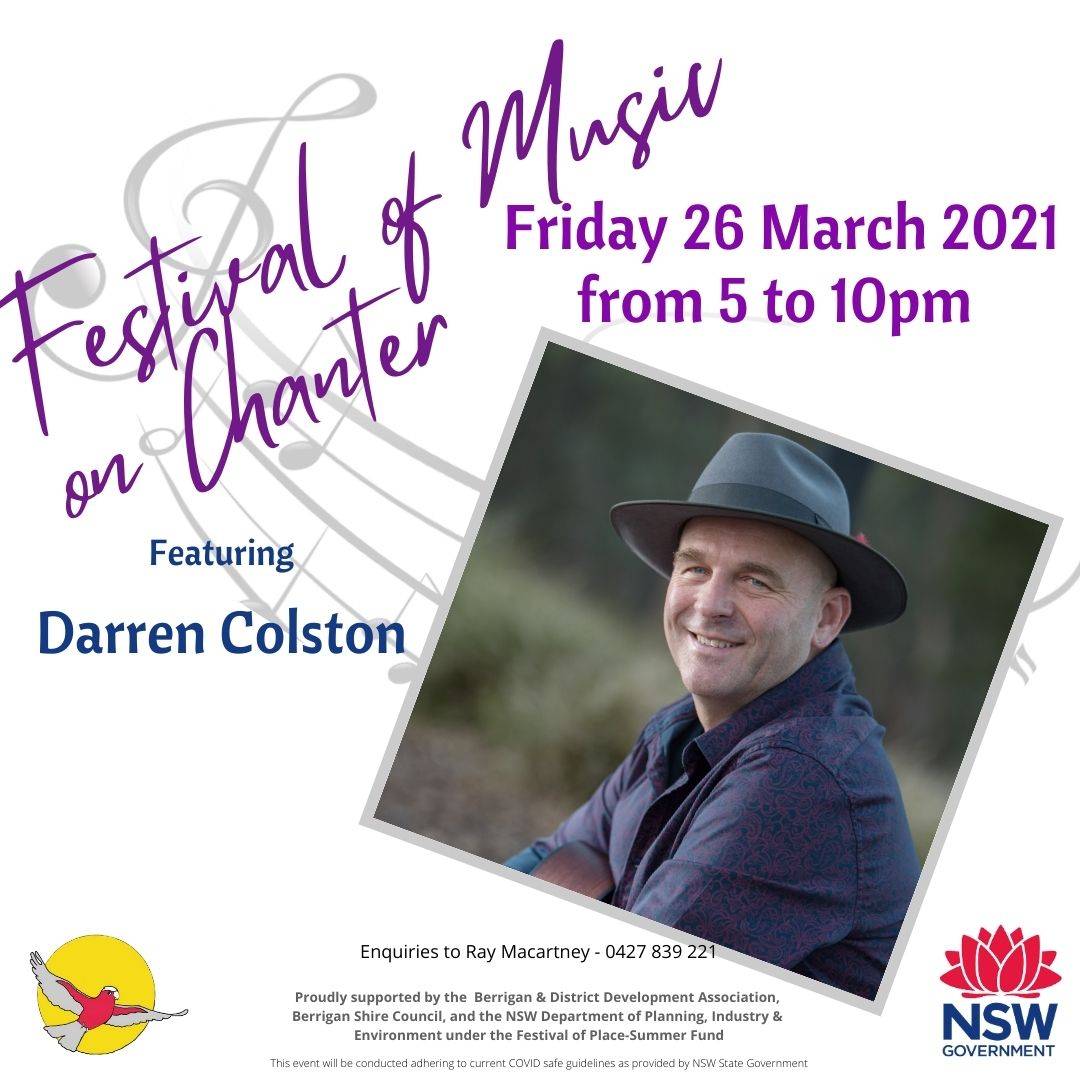