From the pen of Tom Pyle…

On 6th December, 1887, after lighting his pipe, a swaggy throws a burning match, on Quade’s property. The fire burns 40,000 acres around Berrigan, the “most disastrous fire that has yet been experienced in this part of the colony.” Weekly Times Saturday 24 December 1887 p3.

In 1896 an informal bush fire brigade is formed in Berrigan.

Many fires continue to burn out of control and this is why Berrigan needs a structured bush fire brigade.

At a community gathering at the Royal Hotel, concerns are raised that as individuals they cannot stop a bush fire, but in organised and mobilised groups of relatively small numbers, they can bring fires under control.  Sixty men sign up on the spot.

The Berrigan Bush Fire Brigade is formally recorded on November 20, 1900.  Mr. W.A. Ritchie, an experienced firefighter, is put in command.  Arrangements are made to transport men from town, on short notice, to any fire in the district.  The telegraph department will send news of fires in the region to the Berrigan Brigade.  At the Royal Hotel, a bell is installed to call men to fight the latest threat.  When the bell rings, Mr Corcoran, Berrigan Hotel owner, harnesses horses to a wagonette.  Leather beaters, refreshments cart and a water cart are ready, and a team heads out to fight the flames.

“The residents of Berrigan, just across the Murray, are to be heartily congratulated upon the initiation of a movement which ought to be extensively adopted throughout Australia.  They have organised and equipped a brigade for putting out bush fires, and although only a few weeks in existence, excellent work has already been performed by it.” Sunbury News, Saturday 5 January 1901, page 3

……..  ”To give an example of how promptly the brigade turns out, a fire broke out a couple of weeks ago at Gum Swamp, and bore down, assisted by a strong wind, on Old Berrigan Station, the property of Mr. Arthur Wilson.  Before Mr. Wilson could get his station hands together, the brigade was on the scene, and had stopped the progress of the fire, although it was ten miles away.  Had it not been for the prompt action of the volunteers, Mr. Wilson believes that the grass on a large portion of his run would have been destroyed.  It is within the power of every town to do what Berrigan has done, and thus greatly assist in making each district comparatively safe.”      Sunbury News, Saturday 5 January 1901, page 3

The NSW Rural Fire Service is now the world’s largest volunteer fire fighting organisation  …..   and it started here in Berrigan. 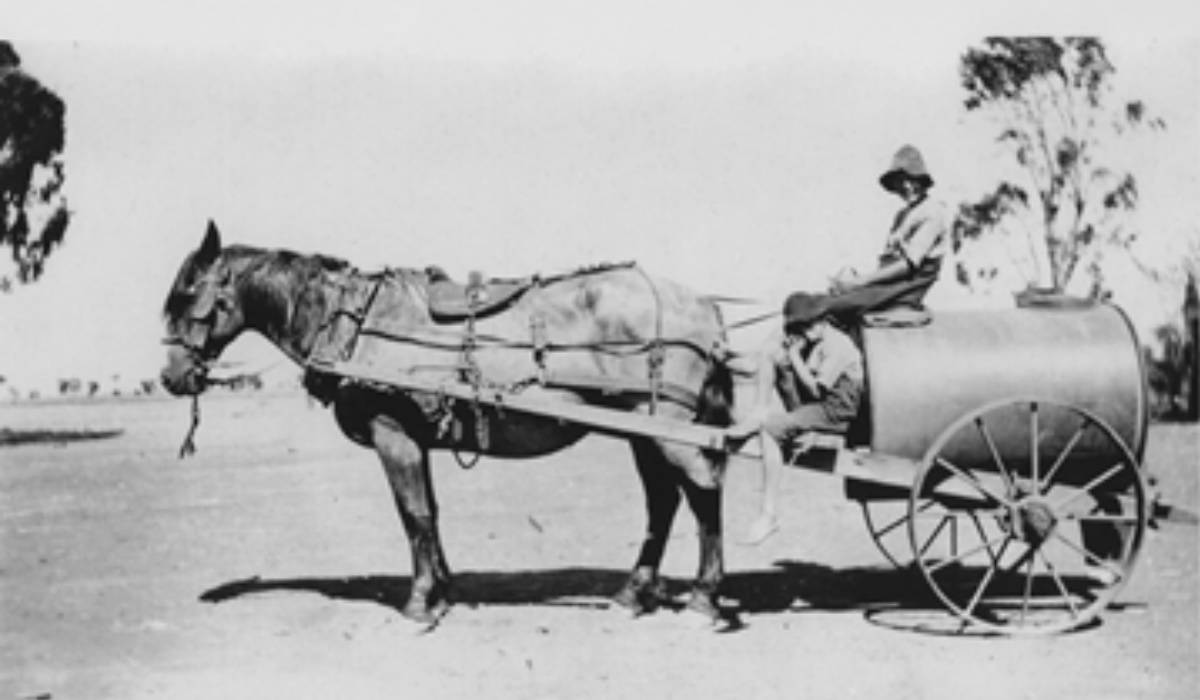