The Reynoldson family lived for generations in Swaledale in Yorkshire, England, where they worked in the lead mines. Family records can be traced back to 1710, to William Reynoldson who, with his wife Eleanor, raised a family of three sons and two daughters.

Between 1860 and 1890 the mines were getting worked out and many closed down. George Reynoldson, born in 1791, became a lead miner but records show that he also farmed on a 17 acre property called “Thistlebout”, where he died in 1851. His son John, born in 1829, worked in the lead mines but it is thought that he spent most of his time as a sheep farmer on “Thistlebout”.

He married in 1850 and with his wife and baby son emigrated to Australia in 1853. He was accompanied by seven members of his extended family. It was the time of the gold rush and the family prospected for gold in the Castlemaine area, settling in Guilford. Between 1855 and 1871 eight more children were born, one of whom was John Richard Reynoldson, born in 1862.

The Victorian Land Act of 1869 gave everyone over the age of 18 the right to select 320 acres of land for farms so, in 1876, John selected 320 acres of heavily timbered plain country at Lancaster, near Kyabram. He died in 1893, leaving the farm to his son, John who, in the same year was persuaded by his older brother, George, to purchase a farm at Berrigan.

The Berrigan farm was gradually expanded to 3,000 acres by buying up neighbouring properties and John settled each of his 4 sons on properties and assisted his daughters with houses. The Federation style house was built on “Thistlebout” in 1903. John died in 1923 and “Thistlebout” passed to his son David (1904-1981) and “Greenvale” passed to John (known as Jack) (1896-1978).
Pictured below – Original “Thistlebout” House – Built in 1893. M Steer 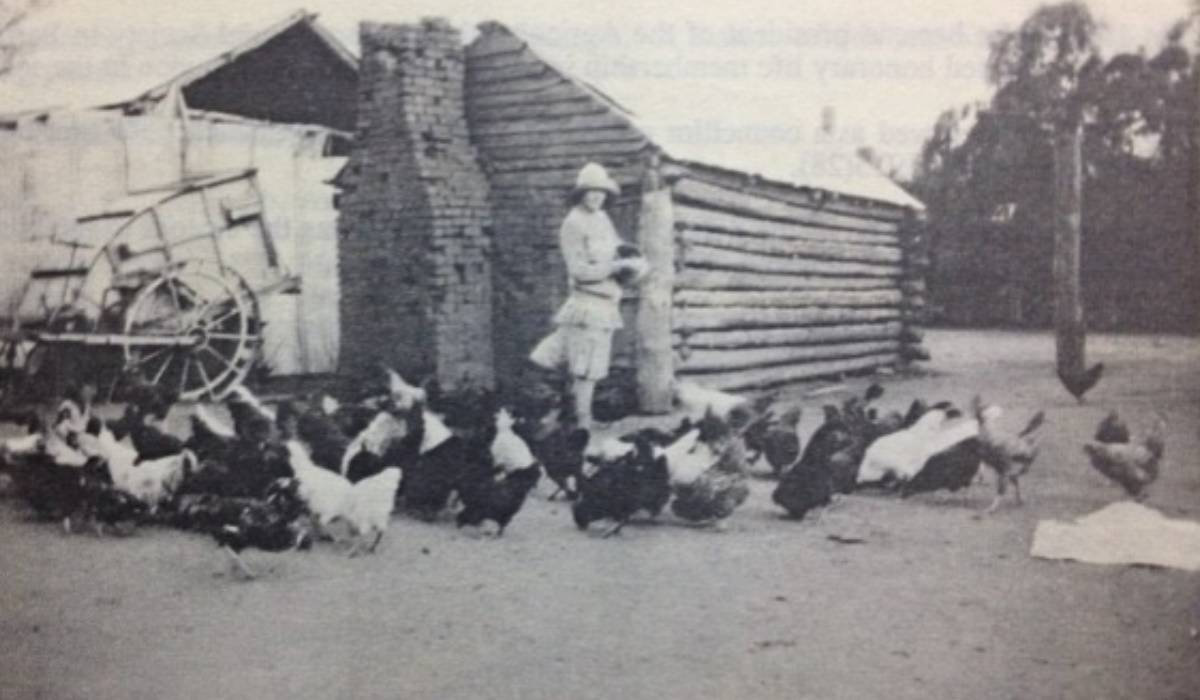